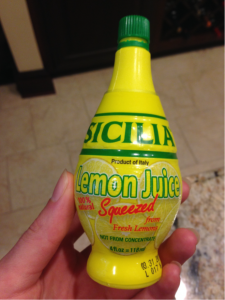 I am half Italian and have been raised eating Italian food, often imported from Italy and cooked with the recipes still used by my family that remained in Italy. Some of the imported Italian foods at my home right now include capers, various cheeses, cured meats, cookies, crackers, jam, canned tomatoes, risotto, pasta, olive oil and lemon and lime juices. Because of my Italian heritage and my regular consumption of imported Italian products, I became very curious about Italian agriculture after my recent visit to Wingdale, NY. When Josh mentioned his time in Sicily as a farmer, I thought back to my second trip to Italy when I was around 8 years old. On this trip, my family spent a week in Sicily in the big cities and the countryside, where we saw farms in the very traditional hill towns of Sicily. Because of my personal experience in Sicily, I wanted to learn more about Sicilian agriculture. When I started doing research, I noticed that a lot of the articles had to do with lemon farming in Sicily and since I just used Sicilian lemon juice in my tea, I decided that I would like to learn more about that bottle of lemon juice, which I had never even thought about before, despite the fact that this is the lemon juice we consistently buy.

I decided to take another look at the lemon juice in my fridge. The brand is actually just called “Sicilia” and it says “Product of Italy” right under the brand heading. The juice is marketed as “100% natural,” is bottled in Switzerland, and distributed by a company in New Jersey. The juice is not organic, but upon doing research I found two articles that both agreed that organic lemon farming in Sicily was more sustainable both environmentally and economically. Although I am unsure why conventional lemon juice from Sicily is more available where I live, I decided it would still be worthwhile to learn more about conventional vs. organic farming in Sicily, since I consume Sicilian lemon juice.

Italy is the world’s eighth biggest lemon producer, and most of the lemons produced by Italy are farmed in Sicily (Testa, et al., 2015). Despite the long history of Sicilian lemon production, competition with countries like India, China and Mexico has made many Sicilians abandon lemon farming. Yet, Sicilian lemon farming has resurged in Italy and Testa, et al. (2015), discovered that organic lemon farming is also very financially sustainable. This is because organic lemons can be sold at a higher price than conventional lemons and therefore yield a higher return profit overall. Testa, et al. (2015), also believe that consumers are now more willing to pay higher prices for organic products, so organic farmers are now able to compete with conventional lemon farmers who offer cheaper prices. Another factor that yields higher prices for the organic lemons is that the market for organic lemons is smaller since the majority of lemons are produced conventionally. Therefore, competition is less fierce for organic lemon farmers and they can be assured that they will find markets for their lemons, despite their higher prices.

My brother with a farmer in Santo Stefano Quisquina, Sicily.